So, the weather in Los Angeles finally changed from 84 and sunny to 79 and cloudy, which is drastic for LA. It’s funny how the city goes into disarray when there are some clouds in the sky and it’s interesting watching people’s mood fluctuate based upon sunlight exposure.

But as I was walking around outside I thought about the sky’s color and what causes it as one of my students asked me the other day. The answer is preferential scattering of light.

As white light enters the earth’s atmosphere it is broken down into its component parts, which is all of the colors of the rainbow. During the day then the blue light is “preferentially scattered,” or a better way to put it is that the blue light is chosen to be separated, and then this light becomes the background of the sky.

Then as the sun changes position throughout the day it goes closer and closer to the horizon and when it does so the light that’s chosen to be separated changes and it usually culminates with a purple-y or pinkish color at sunset.

So, next time you look up and see a pretty sunset to post on Instagram you’ll know why it’s that color 🙂 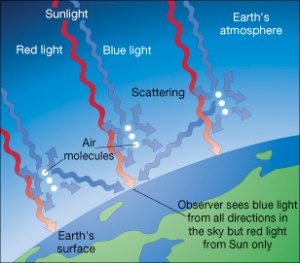 I do this every time 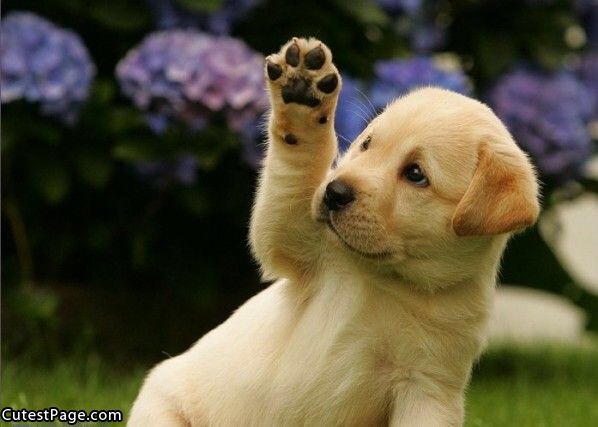 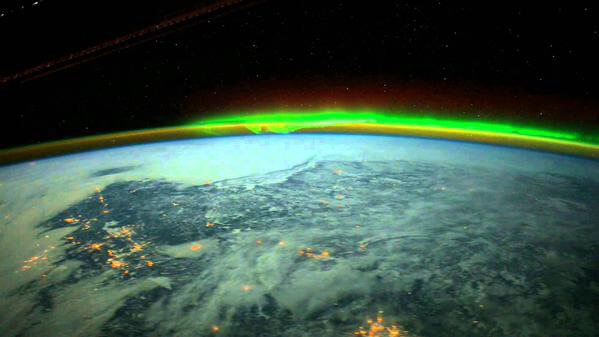 Some people know it as the aurora borealis but they form because electrons congregate towards the northern most portion of the earth.
Why? Because the earth spins and pushes the electrons out. Think about putting your finger in a bucket of water and some sand particles  and swirling it. The sand will go towards the outer portion of the bucket, right? Of course the sand doesn’t come towards your finger..

So there are a bunch of electrons up there and the sun hits them, transfers energy, and now the electrons are excited. They get excited and jump energy levels, but they don’t stay excited forever. What goes up must come down! So when they come down to lower energy levels they release energy in the form of light!

Which is what we see and call the “Northern Lights!” 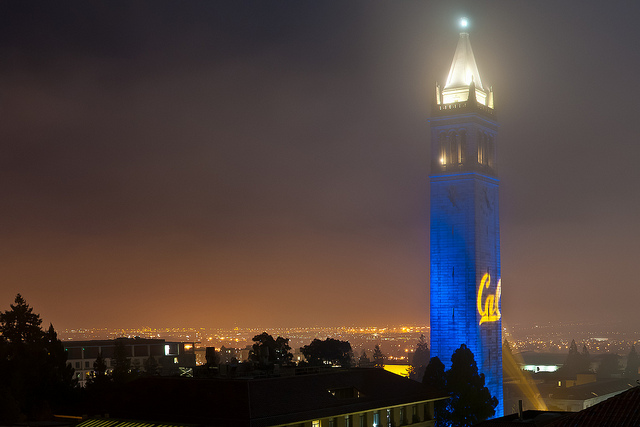 Going to UC Berkeley (Cal, for short) for college was a dream come true. I grew up two hours away from the campus so it didn’t seem like a big deal, but when I got accepted it meant the world to me.

The school itself is rich in diversity of all kinds. I had friends whose parents were laborers and I had other friends whose parents were ambassadors from other countries. This eclectic group of students gave rise to an eclectic way of thinking that is easily seen in every classroom I was in at Cal. Everyone came from such different backgrounds that learning occurred academically as well as holistically. I was able to learn from so many other students’ perspectives and lives that a “world class education” literally meant that I was getting education from the world.

Berkeley is known for its freedom and I definitely got my fair share of that. When I was an undergraduate the school was attempting to renovate the football stadium and in the process they had to remove some trees that were there for a very long time. Some Berkeley natives were not too thrilled with that and so protested by living in the trees around the main part of campus. They lived there for months on end and just so you know those trees were hundreds of feet tall. They ate food up there and one day I asked them if they come down to poop and then the guy responded by pointing to a tin bucket attached to a long rope that he said he empties every day. So, that kind of grossed me out and I never really came that close to the trees again. Haha 🙂

My professors were AMAZING. I was taught by some Nobel Laureates, Fields Medalists, Fulbright Scholars, and MacArthur Fellows. All my professors were up to date on the latest of all research and always taught us the latest sciences. Most importantly, however, they taught amazingly well. They were able to explain complex jargon to a really deep level and were able to answer any question thrown at them. One aspect I loved most of their teachings (that I continually try my best to emulate) is that they taught their students how to think creatively and the professors did their best to call the students to action on the aspects that mattered most to us. My test questions at Cal were NEVER straight forward. They were ALWAYS deep and intricate. A simple regurgitation of the entire textbook would give you a B- at best. You have to understand the concept and apply it to a completely new scenario, which causes you to think, understand, and execute. Having been taught this way rigorously for four years, I now teach all of my students this Berkeley tradition.

Honestly, though, I think about 15% of my professors just wanted to do research and were only teaching as a part of their obligation. These were the professors that when class ended they packed their things up and ran out the door before the hoards of students crowded them to ask questions.

Another con of the school is that class lectures were huge among popular courses. I took an astronomy course with Professor Alex Filippenko (a world leading expert in astronomy) and I believe there were 800 students in our lecture hall. This meant that if you wanted to ask a question during lecture you had to go to a microphone and ask the question. For me and many other students this was too daunting and I often refrained from asking questions during lecture, but waited for his office hours before I asked something. HIS CLASS WAS AMAZING BY THE WAY. Professor Filippenko is ridiculously smart and above all he is the most caring and positive Professor around. Thank you for teaching me everything! If you read this that is.. 🙂

Those 15% of my Professors who just wanted to do research and the huge class sizes are the only “bad” things about the university I can think of. Everyone there is ridiculously smart and it pushes you to think as well as absorb views to expand your own mental horizons.

The dorm life, greek life, sports life, FOOD life, and everything else about the university and city is amazing. Whenever I visit Northern California I always make it a point to stop by UC Berkeley and if anyone has any questions relating to the University or anything else feel free to ask (I was a biochemistry major). I’m always here to help.

BTW, three of my friends from my class have gone on to be Forbes 30 under 30, a plethora of them have gotten into medical schools, and one of them is leading the way in online education. Me 🙂
Love you guys!

What I love is happiness and I hate being sad.

Yet without sadness happiness can never be truly felt, because there is nothing to juxtapose it to. So, my solution is to feel sadness momentarily only to help it propel you towards the other side–happiness. Feeling sad is healthy, but when it becomes an obsession then it becomes dangerous.

This is my favorite quote from Russel Redenbaugh’s Ted Talk. The whole talk is amazing and highly recommended for inspiration 🙂 Because I love fostering positivity within others. My goal as an educator is to get my students to believe in themselves. I quickly find their strengths and use it to my advantage by gearing my tutoring sessions to cater to their specific abilities. I tutor mainly math and science and hence I deal with a lot of students that are great in the social sciences, but not the hard sciences. I cater to them by helping them grasp onto real world examples of things they are familiar with. For example, many kids know about the Northern Lights or aka Auroa Borealis, but they don’t know that it forms from electrons being excited and then jumping down energy levels to release lights. So, when the all too familiar AP test question comes up of  “What do electrons release when they jump from a higher energy level to a lower energy level,” my students often reply, “light.” 🙂

Playing to everyone’s strength is great. We all learn different ways and it is my responsibility as a tutor/mentor to reveal those strengths to my students and from there have them indulge in it. Once they find strength they will then find courage and that’s all that’s needed to heighten their morale to get them to keep trying their best at school.

Tutelage is a very intimate process. The act of revealing something you don’t know or are not good at can be very challenging for almost everyone. That’s why whenever a student gives me an answer for a question I give them I never say “No” to them. When I’m tutoring some times I run experiments on my students and see their reaction when I say “no.” They usually cower and retreat into their shell, which stabs the whole intimacy in the throat. Sorry for the graphic 🙂 But it’s true! And that is exactly why I never say no. I always use some other word/phrase: “you’re in the vicinity” “not close” “almost” etc… I value my students opening up to me and it always helps when I reveal my insecurities to them.

Tutoring is fun if the tutor is fun. The last thing a kid wants is to have their teacher follow them home to teach them again! Tutors gotta be young, fun, upbeat, and engaging!

And that’s what we are at Air Tutors. 🙂

Message me for any questions you may have. I’m always hear to learn 🙂 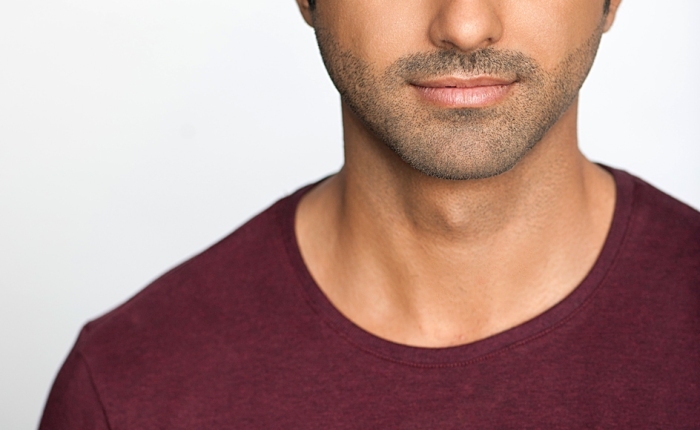 My name is Hasan Ali and I have about 10 years of teaching experience and in 2009 I graduated with a degree in Biochemistry from UC Berkeley. I have been privately tutoring in Los Angeles for the past 4 years, but now I mainly tutor online, which has proved to be incredibly effective in teaching!

A previous family has told me that their daughter is “strangely focused” during the sessions–plus she is diagnosed ADD. But after I analyzed our session I realized it was not that strange. Since our sessions are online, her daughter has to go to a quiet room and plug in her headphones and really LISTEN to me. That’s like 90% of the battle done! Haha, just getting kids to really listen is a boon. I’ve seen incredible results and just this past school year my students’ scores were:

AP Biology Scores: 5,4,4,3
AP Chemistry Scores: 5,4
Chemistry SAT Subject test: 780, 800
Initially I was skeptical of online tutoring as well, but there are ridiculous upsides for the parents, students, and tutors.
If anyone has any questions related to anything academia at all, I’ll be here to help out! I’ll continually post my thoughts and experiences on education and would love interaction with whoever reads this. Tutelage is all about listening and learning and I would love to learn from you guys as well!
Additionally, feel free to message me regarding tutoring. My specialties are: biology, chemistry, physics, algebra I and II, geometry, and calculus (of course I can do Honors/AP). Furthermore! I have a wonderful amazing partner in crime that handles all the social sciences and does English as well. She’s amazing at college essays, she’s fun, and she is also a Columbia graduate. 🙂
Thank you!
Cheers!
Loading Comments...